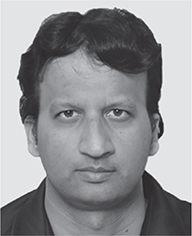 Intelligence can be defined as a general mental ability for reasoning, problem solving, and learning. Because of its general nature, intelligence integrates cognitive functions such as perception, attention, memory, language, or planning. Exploring the relationships between human intelligence and the brain requires a careful consideration of the structure of human intelligence.1 Individual differences in intelligence (cognitive abilities) are a prominent aspect of human psychology, and play a substantial role in influencing important life outcomes.2 Studies suggests that larger brain predicts greater intelligence.3 In contrast to looking for a unique component of intelligence, the triarchic theory of intelligence defines it as comprising three components: the metacomponents, the performance components, and the knowledge-acquisition components. The metacomponents refer to the executive processes involved in problem solving, including mental manipulation and management. The performance components work as the carrier to implement the outcome of metacomponents, i.e., carrying out the actions. The knowledge-acquisition components are associated with the mental processes to obtain new information involving selectively dealing with relevant information and combining various pieces of information.4 An efficient way to improve cognitive performance is to (1) dissect an unstructured and chaotic problem/goal into simpler sub-problems/sub-goals; and (2) only a sub-goal of behavior needs to be achieved in each attentional episode or each piece of cognitive segmentation. The essence of this strategy is to reduce the load of cognitive control for the coordination of thoughts and actions between attentional episodes. Even within each attentional episode, cognitive control is necessary to achieve subgoaldirected behavior. Therefore, this strategy of cognitive segmentation is consistent with our information theory account of cognitive control that is to reduce uncertainty.5 The relationship among intelligence, cognitive control, and working memory was examined using structural equation modeling. Results showed that cognitive control shared a large amount of variance with working memory and both measures were strongly associated with fluid intelligence Gf (Gf, concerning the ability to solve problems by abstraction) and crystalized intelligence (Gc, related to learning from prior knowledge and experience), with a stronger association with Gf than Gc. These findings suggest that cognitive control, serving as a core construct of executive functions, contributes substantially to general intellectual ability, especially fluid intelligence.6

There are few questions that are consistently emerging in the scientific world related to human intelligence:

Intelligence is an open thinking process and basically revolves around design thinking, critical thinking and logical analysis by linking the dots in sub-conscious and conscious way.